Udentify in the Media: What is Our Story?

FOUNDATION – Who Is Udentify?

Webrazzi: Founded by Can Dortkardesler and Ridvan Cilli, Udentify is identified as a “business intelligence solution” that analyzes the costumers’ behaviors at the brick and mortar shops. Udentify provides head counting, heat maps and order analysis, addition to the ability of guessing the customers’ ages and sexes. Thanks to the image processing technology, it can follow the customers anonymously with which it gives a meaning to the data that is gathered from the tracking by converting them to statistical models. It enables company managers to take data-oriented decisions by its management interface. Can Dortkardesler says that Udentify is a “Google Analytics for offline areas” and says that the %90 of the software is developed by themselves. Nowadays, Udentify works with P&G, Adel, Youth Republic brands, and they don’t limit themselves with the Turkish market. Udentify aims to grow in Dubai and USA markets; thanks to this goal, they are selected for Sente.link, an accerelation programme centered in Chicago.

Hürriyet Gazetesi: Carried out by Can Dortkardesler, Ridvan Cilli and Sezai Acer in 2017, Udentify is a business intelligence platform that observes customer behaviors in physical points of sales by using camera systems. According to Can Dortkardesler, with an algorithm that is added behind the cameras, they follow the customers’ experiences from the door to the cash point, and they do real time reportings with the store productivity and the profitability rise aim. They do this anonymously, and they mentor monthly in many fields like square meter productivity, campaign productivity, etc. In addition to these, Udentify assists retail stakeholders like human resources, marketing and merchandasing by removing the blind spots between customer experience and conversion. 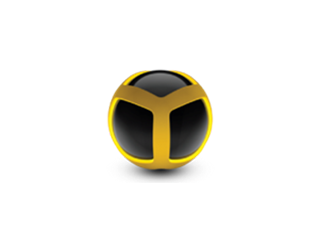 Shiftdelet.Net : MediaMarkt defined the entrepreneurs that will shape the retail future with last version of technology with their project MediaMarkt Startup Challenge that started in Turkey. The project is supported by Tekzen and Retailtech Hub and carried out by Hackquarters. From over 60 applications, BuyBuddy, Udentify and Pacer are selected as top three. Their ideas for their attempts are going to be applied in Tekzen and MediaMarkt Turkey stores if they fit the stores.

TEB: In Helsinki, Finland, one of the biggest events of the world, SLUSH, has been carried out. 5 attempts of TIM TEB Attempt House participated to this event. SLUSH is a big organization that allows entrepreneurs to show their start up projects and meet investors. In 2017, 10 of the start ups of TIM TEB Attempt House participated in SLUSH, one of them was Udentify. Udentify had achieved the chance to introduce their projects, opened up to the world and reached for the sky.

Digital Age: The fifth of Retail Technologies Conference has taken place in Istanbul. Companies who were awarded among the technology solutions that applied to the PE-TEK Retail Technologies Awards program received their awards at the conference. As a result of evaluations made according to the criteria for producing a new solution for the retail sector, applying it in the sector and achieving numerical results the jury gave UDENTIFY “The Best Retail Technology in Turkey” award for their “Visitor Experience Tracking in Stores” solution.

How much investment Udentify got?

Egirişim: Udentify can be thought as Google Analytics model for daily life. It is founded by Can Dortkardesler, Ridvan Cilli and Sezai Acer. It aims to solve problems that is generated from not doing customer-based plans, and lack of inspection. Udentify took 300.000 TL as investment from 4 investors; Altay Tınar, Rıfat Nasi, Serdar Öner and Ahmet Turgut. CEO and one of its co-founders, Can Dörtkardeşler states that the raised amount will be allocated to further global expansion.

Six Features that Social Distancing Software Should Have

Post-COVID-19 period: How to deal with New Normal?